Dark comedy from the writer of the Olivier award-winning Home, I’m Darling.

The Riot Club are back in business. This time they must behave. After the mishaps of the group at their last dinner their President has promised not to bring the club back into disrepute. As the booze flows and the mood turns sour will the brotherhood prevail or will the lawyers of those with the deepest pockets preserve these bright young mens’ futures?

The first UK tour of this dark comedy drama behind the 2014 film, The Riot Club.

★★★★★ ‘Undeniably powerful’ – Independent
★★★★ ‘Toff-bashing is an old sport, but rarely has it been executed as excitingly as this’ – The Times
★★★★ ‘A heady blend of timely satire and outrageous romp’ – Evening Standard 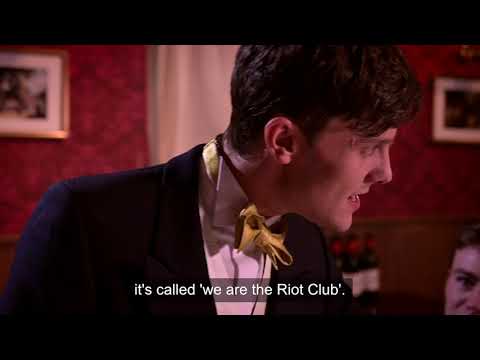